Anna Granberg is a Swedish author who writes fantasy and romance. Her debut novel Daughter of the Sun, a fantasy romance, was published in February 2021 by the Swedish publishing house Seraf förlag and was well received by readers.

A woman with secret abilities.
A man with a mission.
One of them has to die.

The novel is the first stand-alone book in a series called Blood of the Gods. The second book in the series, Son of the Moon, will be published in autumn 2022.

Anna is also the author of seven award-winning short stories.

She has a degree in Journalism from Södertörn University, and has also attended several creative writing courses, among which a two year post-secondary education program in creative writing at Skrivarakademin (The Writer’s Academy) in Stockholm. She has worked in communications in a Swedish municipality and at the Government Offices of Sweden for many years, but is now a full-time author.

Anna was born in 1980 and lives in Stockholm, Sweden, with her family.

For more information and details about the book and foreign rights, please contact Anna. 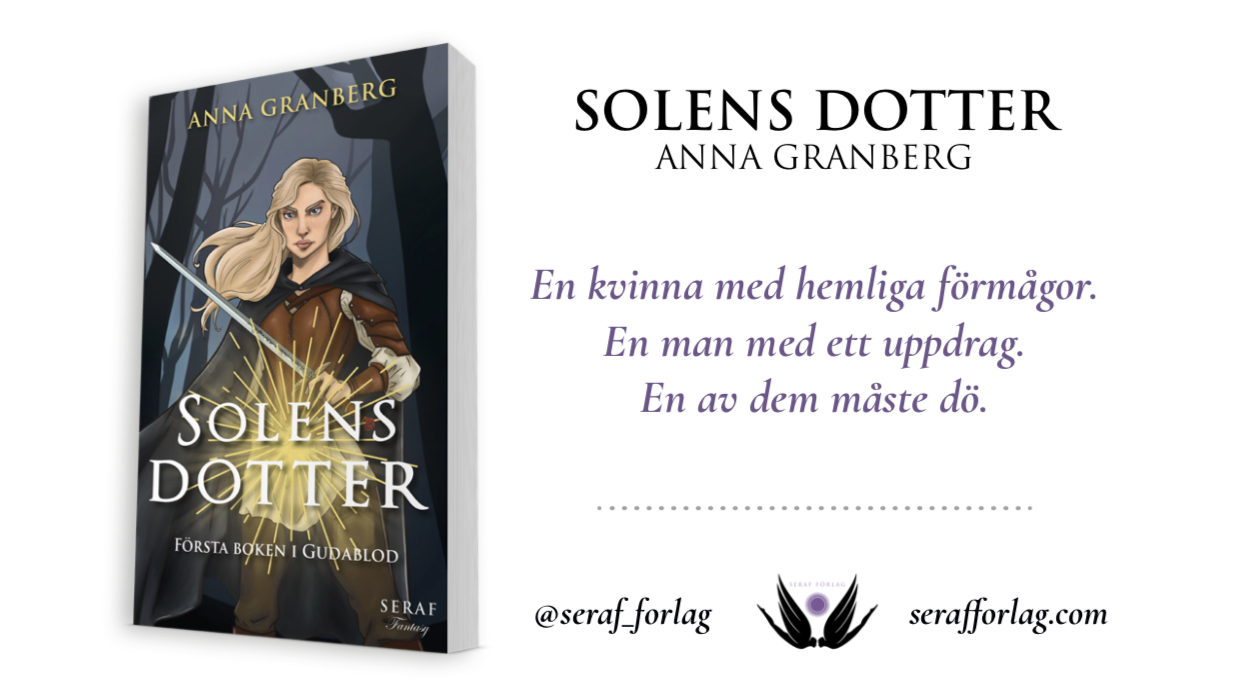